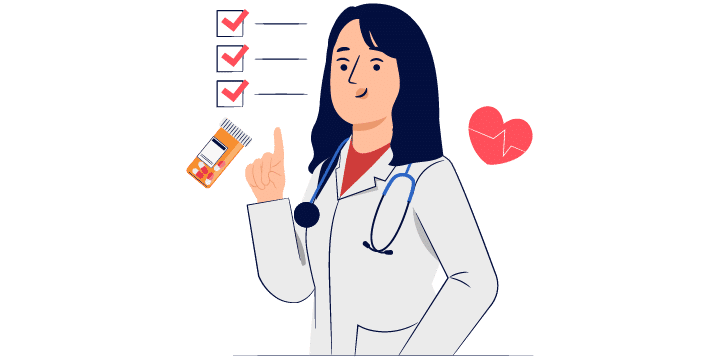 There are numerous skin disorders that can have various causes. Some skin disorders can be chronic conditions, while others can be temporary. Symptoms of skin disorders can range in severity from minor to severe, with some symptoms going away on their own and other symptoms requiring medical treatment. Common skin conditions include acne, hives, atopic dermatitis (eczema), rosacea, psoriasis, and vitiligo.

Continue reading for an overview of the most common drug classes used to treat skin disorders.

Skin disorders caused by bacteria may be treated with oral or topical antibiotics. Treating the underlying infection of a skin disorder can help relieve symptoms. Certain antibiotics can be used to treat certain skin conditions, such as acne, rosacea, and impetigo. Examples of antibiotics include clindamycin, erythromycin, and metronidazole.

Antivirals are medications used to treat skin disorders caused by viruses, such as shingles and herpes. They may be applied topically or taken orally to treat viral infections. Examples of antiviral drugs include acyclovir, valacyclovir, and famciclovir.

Certain medications, including Eucrisa® (crisaborole), tacrolimus, and pimecrolimus can be used to treat inflammation caused by atopic dermatitis (eczema). Because they do not cause skin thinning like corticosteroids, these treatments may be preferred for long-term use.

Salicylic acid is a keratolytic agent that helps soften the outer layer of the skin and loosen scales. Salicylic acid may be used to treat acne, ichthyoses, and psoriasis.

Retinoids are common medications used to treat certain skin disorders, such as acne and psoriasis. These medications are derived from vitamin A and work to speed up skin cell turnover. Examples of retinoids include adapalene, tretinoin, and tazarotene.

For mild to moderate acne, benzoyl peroxide may be used. It works in several ways, such as removing dead skin cells, removing excess oil, and fighting the bacteria on the skin.

Immunosuppressants are sometimes prescribed to treat moderate to severe cases of eczema and psoriasis. They work by reducing the activity of the immune system to decrease inflammation. Examples of immunosuppressants include methotrexate and cyclosporine.

Biologics are relatively new treatments used to treat psoriasis and other skin disorders. These medications can help block certain immune processes that lead to inflammation. Examples of biologics include Remicade® (infliximab), Humira® (adalimumab), and Enbrel® (etanercept).

Other treatments for skin disorders

There may be other treatments other than those listed to help manage skin disorders. Consult a healthcare provider for the best treatment option for you. In addition to medications, healthy skincare habits may be recommended, such as cleansing, protecting, and moisturizing the affected area.

Just What The Doctor Ordered

Seizures can affect many people, especially those who suffer from epilepsy. Luckily, for the majority of people who have epilepsy, medication is effective in managing...

Antibiotics: Everything You Should Know

Antibiotics have become a common treatment method prescribed by doctors to cure a number of infections and illnesses. You may have wondered what they actually...

Your immune system is a crucial part of keeping your body healthy. Unfortunately, some people suffer from immune disorders, a problem with the immune system...