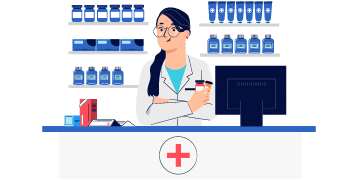 Seizures can affect many people, especially those who suffer from epilepsy. Luckily, for the majority of people who have epilepsy, medication is effective in managing seizures. Keep reading to learn more.

Several treatment options are available to treat seizures. Medications for seizure disorders, called anticonvulsants or antiepileptic drugs, may work in different ways to help normalize electrical activity in the brain. The goal of seizure treatment is to find the most effective medication to stop seizures, with the fewest side effects

Continue reading to learn more about treatment options for seizures.

Some drugs may be used alone or in combination with other drugs to manage seizures. A healthcare provider can recommend the best treatment based on an overall assessment of the condition.

Lamotrigine is a broad-spectrum antiepileptic drug. It can be used to treat focal-onset seizures and primary generalized tonic-clonic seizures and generalized seizures of Lennox-Gastaut syndrome. It is also prescribed as a mood stabilizer because of its activity on certain neurotransmitters in the brain. Side effects include dizziness, nausea, and drowsiness.

Topiramate is a broad-spectrum antiepileptic drug. It can be used to treat focal-onset, primary generalized tonic-clonic seizures and seizures and Lennox-Gastaut syndrome. It also can be prescribed to prevent migraines. Side effects of topiramate include fatigue, dizziness, nausea, and cognitive problems, such as confusion and problems with memory.

Depakote (divalproex sodium) is a valproate product made up of sodium valproate and valproic acid. Valproic acid is the generic name for the now-unavailable brand Depakene. These valproic acid derivatives are broad-spectrum antiepileptics that can treat focal and generalized seizures. They may cause side effects, such as dizziness, changes in weight, tremor, and nausea or vomiting. Depakote may also be prescribed for mood disorders or to prevent migraines.

Levetiracetam is a broad-spectrum antiepileptic drug that is typically used along with other medications to treat focal-onset seizures, myoclonic seizures, and primary generalized tonic-clonic seizures in certain patients. Levetiracetam is well-tolerated and does not need a long period for titration. Side effects of levetiracetam include drowsiness, weakness, fatigue, and dizziness.

Carbamazepine is a narrow-spectrum antiepileptic drug usually prescribed for focal and generalized seizures. It may also be used to treat mood disorders and trigeminal neuralgia. It may cause certain side effects, such as dizziness, nausea, vomiting, blurred vision, headache, and rash.

Phenytoin is a narrow-spectrum antiepileptic drug commonly used for focal and generalized seizures. It can also be used to treat status epilepticus and prevention of seizures in certain situations, such as after neurosurgery. Side effects may include increased body hair growth, worsened bone density, and rash.

Pregabalin is a narrow-spectrum antiepileptic drug used along with other medications to treat focal onset seizures. It can also be used to treat nerve pain and fibromyalgia. Side effects of pregabalin include dizziness, drowsiness, dry mouth, blurred vision, weight gain, and swelling of the arms and legs.

Gabapentin is a narrow-spectrum antiepileptic drug used in combination with other medications to treat focal onset seizures. It is also approved to treat nerve pain and restless leg syndrome. Side effects of gabapentin include drowsiness, fatigue, nausea, and impaired coordination.

Getting the right treatment

Antiepileptic drugs come in brand and generic versions that may be covered by Medicare and health insurance plans. Consult a healthcare provider about potential side effects, drug interactions, and monitoring requirements before starting treatment. Medications are usually started at a low dose and increased gradually (titrated) to the most effective dose. During treatment, dosages may need to be adjusted.

Just What The Doctor Ordered

Skin disorders impact millions of people, and can come in many different forms. The severity of skin conditions varies per person, per condition. While there...

Antibiotics: Everything You Should Know

Antibiotics have become a common treatment method prescribed by doctors to cure a number of infections and illnesses. You may have wondered what they actually...

Your immune system is a crucial part of keeping your body healthy. Unfortunately, some people suffer from immune disorders, a problem with the immune system...